Dylan has been in Law Enforcement since 2006 where he started as a Reserve Officer for the Monona Police Department. He was then hired with the Mar-Mac Police Department where he worked for over 9 years before coming to the Sheriff's Office in July of 2015. Prior to becoming a Police Officer, Dylan attended Northeast Iowa Community College in Calmar, where he studied in Criminal Justice. Dylan is a Nationally Registered Emergency Medical Technician, holds several instructor level certifications, and is the Fifth Generation in his family to be a Police Officer. In his spare time, Dylan enjoys the outdoors and hunting 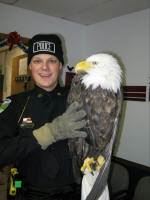